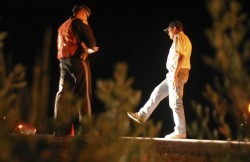 If you find yourself charged with a Maryland DUI, be sure to contact a competent lawyer to guide you through the process.