Guns and Self-Defense Laws in Maryland 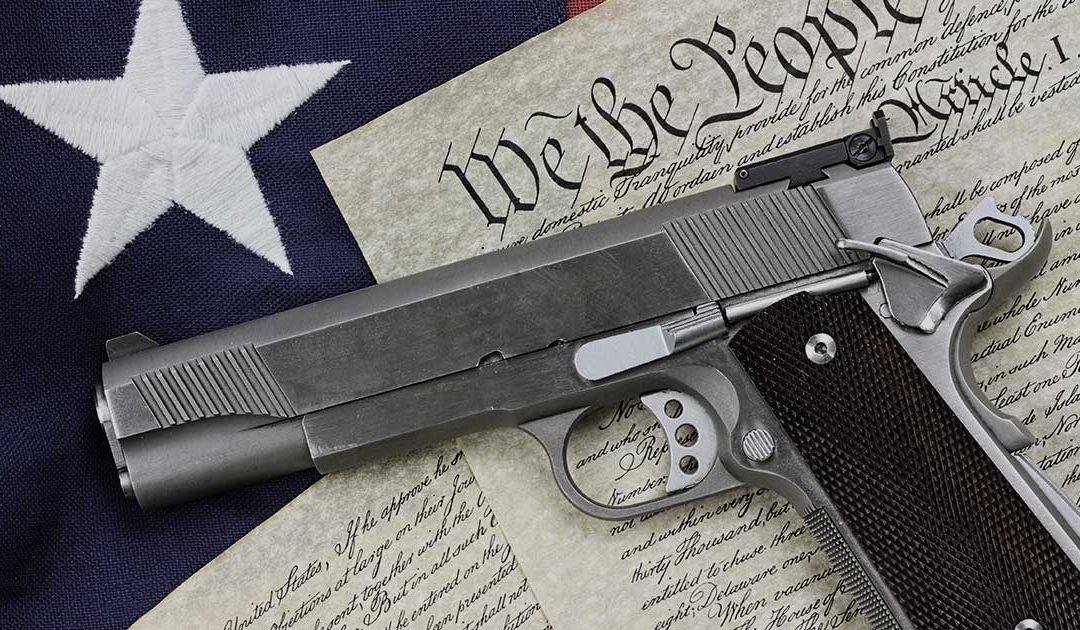 It’s been in the news a fair amount over the last two days so I thought it would be appropriate to offer a little bit of your Maryland Lawyer advice plus some commentary on the news. In particular, there were two stories that perked my interest.

First a story about a Craigslist robbery gone bad when the victim pulled a gun and engaged in self-defense by firing a few rounds in the air in the direction of the would-be robbers and scaring them off.

Second, a former supervisor of the State’s Attorney’s Office was charged with violating Maryland Criminal laws by allegedly carrying a loaded firearm without a permit.

So, what is the law regarding self-defense and your 2nd amendment right to carry a gun?

Quick note: this post could be about 3-4 different posts with more detail.

Your Maryland lawyer is trying to keep it simple to get it under 1000 words. But it’s not working.

For example, what a “gun” is, is a bit unclear. A regulated firearm is what is “regulated.” Antique firearms, flintlocks, muskets, and muzzleloaders are a whole other animal…anyway…

First and foremost you may not possess a firearm if you have been convicted of certain types of crimes or you fall into other categories of prohibited persons. Here is the relevant portion of the Public Safety Article Sec. 5-133 (b) (full version here):

How Can I Lawfully Own and Carry Guns in Maryland

With the Supreme Court ruling in Heller and McDonald, Maryland now has one of the most restrictive sets of gun laws in the United States. Unless you have a concealed weapons permit, you may not carry a loaded gun.

If you are caught carrying a loaded gun without a permit (or some other statutory exception, like being a federal officer or police), you are subject to Maryland Criminal laws 4-203. You face a mandatory minimum penalty of 30 days jail time with a max of 3 years plus fines.

If you are in lawful possession of a gun (i.e. not a convicted felon) and don’t have a permit you SHOULD transport the gun as follows:

These suggestions aren’t all hard and fast rules, but if you follow the above guidelines, you won’t have to worry about violating Maryland criminal laws.

Guns – how do I get a permit to carry a concealed weapon?

Currently, there is an appeal pending in the 4th circuit (which is stayed pending appeal) that would loosen Maryland gun control laws, but as of now, you can only obtain a gun permit with “good and substantial cause” by falling into a narrow category of exceptions.

This Maryland lawyer thinks that the SCOTUS will eventually take up the Maryland case. They’ll probably rule that our gun permitting statue and scheme is unconstitutional. But that will take a few years.

As of now, according to the NRA, there are only 12,000 permits issued state-wide. Most are to retired law enforcement officers. Here are the reasons the State of Maryland says you can have a concealed weapon permit:

Bottom line, unless your job requires you to carry a gun, you’re out of luck.

In Maryland, the Castle Doctrine is supposed to apply to self-defense. What that means is that inside your home, you have more latitude to use self-defense and lethal self-defense when an armed intruder comes onto your premises. Outside of the home, you’re pretty much on your own.

Self-defense, while a valid affirmative defense to a violation of Maryland criminal laws is applicable; you must attempt to retreat before using force and/or lethal force.

Oppose that position with Florida, which has a now-controversial stand-your-ground law that does not require a citizen to attempt a retreat from an assailant and permits legal use of deadly force. That has stirred up some controversy with the Trayvon Martin case.

The Bottomline on Guns & Self-Defense

If you find yourself charged with a gun crime, carrying guns, or some other Maryland criminal laws; be sure to have your Maryland lawyer’s number handy.

Maryland is one of the most restrictive states regarding guns and gun crime. You may think you are legitimately defending yourself from a street robbery but end up behind bars.