This area of the law has seen such explosive growth that our blog entry will be broken into three sections:

Today, in the final post in this series, we’ll discuss civil remedies (where you as the victim sues the other person).  Before analyzing anything else, the threshold question is this: Are you being physically threatened through telephone, text, email, or social media?  If the answer is YES, you should immediately call the police.  If the answer is NO, your situation needs to be examined more thoroughly.

Second, if you are having profane material being spread electronically without your consent, you should also immediately call the police.  However, if the person is spreading lies, falsehoods, or other material about you in cyberspace you should contact an attorney (or after you call the police in the first two situations).  In any instance, an attorney can help you through the process as there are several possible legal avenues to remedy your situation.

Internet Harassment – What Civil Remedies do you have?

Can I sue to stop internet harassment? Like all things in the law, the answer is “maybe.” Criminal charges typically require what is called specific intent and it will require more than bad language or opinion posted about another person in a single instance.  And someone’s right to free expression is at play if the police become involved in the investigation or prosecution of the matter. But there is a broad variety of civil remedies available to a private party.  Unfortunately, not all civil remedies fit every situation.

Below are some examples of potential civil remedies that a victim of Internet Harassment may have. 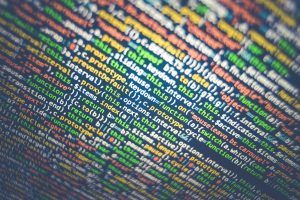 (1) “Intentional or Reckless” occurs when a defendant “desires to inflict severe emotional distress, and also where he knows that such distress is certain, or substantially certain, to result from his conduct; or where the defendant acts recklessly in deliberate disregard of a high degree of probability that emotional distress will follow.” Silvera v. Home Depot U.S.A., Inc., 189 F. Supp. 2d 304 (D. Md. 2002).

(2) “Extreme and outrageous” conduct is conduct that is “so outrageous in character, and so extreme in degree, as to go beyond all possible bounds of decency, and to be regarded as atrocious, and utterly intolerable in a civilized community.” Restatement (Second) of Torts 46 cmt.d (1965)).

Trespass is not limited to “land.” It also includes “possessory interests.” See Royal Investment Group, LLC v. Wang, 183 Md. App. 406 (2008).  Could this be applied to the internet?  Maybe but courts in Maryland have not yet decided.

Plaintiffs do not need to show that the intrusion was committed with tortious intent, but must establish that the defendant consciously intended to do the “act that constitutes entry upon [the plaintiff’s] real or personal property.” Balt. Gas & Elec. Co. v. Flippo, 112 Md. App. 75, 85 (1996).

A qualified privilege exists for reporters. Chesapeake Publ’g Corp. v. Williams, 339 Md. 285, 296 (1995) (citing Rosenberg v. Helinski, 328 Md. 664 (1992) (“In Maryland, there exists a qualified privilege to report on legal proceedings, even if the story contains defamatory materials, as long as the account is fair and substantially accurate.”).

How do you prove damages in the age of the Internet?  What is your reputation worth?  Damages experts can easily calculate lost income for a business, damage to reputation, and lost earning power and prestige in the community.  However, is that judgment or verdict collectible?  That’s always the first question any lawyer will ask when deciding to take on a matter for contingency?  Does the Defendant have any assets?  Does the Defendant have anything to lose?  Often, Defendants who harass and defame another on the internet have little to no collectible assets, which would leave you as a plaintiff with an empty judgment.

Last week, look for Part 2, Peace Orders and Protective Orders in the age of the internet.  Also check out Part 1, crimes. If you feel that you are the victim of Internet harassment, document as much as possible.  Contact the police immediately if you feel threatened or unsafe in any way.  Remember, you can always contact your ENLawyers for help too!