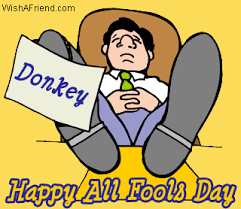 It is an April Fools Day tradition to prank your friends, co-workers, and family members. It is regarded as a day of payback from years prior, and often a source of humor for the entire year. I can say that as a result of my own “pranking” history, I have fallen victim to the following April Fools Day revenge:

I’ve been a victim and defendant

As not only the victim but the culprit of many a prank, I have great insight into the game. However, as a criminal defense attorney, I now also realize how a simple prank can change your life in an adverse fashion. ENlawyers want you to know how far you can go before a funny joke becomes a civil suit. Below, I included an excerpt from a great article with several horror stories that provide some April Fools Day guidelines to keep you out of legal trouble. Happy April Fools Day, and don’t forget about your favorite attorneys here at ENlawyers when you need a great lawyer!

Written by Patricia Walston from the Atlanta Examiner, posted 3/31/11

Most people who are serious about their jobs do not take lightly being made fun of or put in embarrassing situations. But those with predisposing medical problems like high blood pressure or heart problems should never be the target of any kind of prank. Below are some examples of bad outcomes when April Fool’s day encouraged bad judgment.

A Hooter’s Restaurant got their joke reversed on them in court.  It seems they offered a new Toyota to the one who sold the most beer.  At the end of the day, the winner was blindfolded and taken outside only to receive a “TOY – YODA,” a plastic figure from Star Wars.  She sued and got enough money to pick out any TOYOTA that she wanted.

Another not-so-funny prank was played on a deaf man by tying a dead dog to the back of his car by his fellow co-workers.  They were inspired by the movie Lampoon’s Vacation in which Chevy Chase tied a dog to the bumper and forgot about it.  People tried to get the attention of the driver; but because he could not hear, he was unaware of what was happening.  After the police pulled him over, the prank was tracked back to the prankster; and they were charged.

An employee of a clothing store called his manager at home to tell her the store was being robbed by two armed men and then called her back immediately to say, “April’s Food!”  But the joke ended up being on him.  She had already contacted the police, and he got fired.

Two stupid DJ’s in Boston thought it funny to announce on the air that the town’s mayor had been killed in a car accident. The mayor was actually out of town and not able to disprove the statement.  Can you imagine what panic his family and friends went through?

An LA firefighter was awarded 1.4 million dollars when a co-worker put dog food in his dinner as a “joke.”

The problem with some people is that they do not know where to draw the line on a joke or prank and they do not stop to consider the possibilities nor the outcome.

Employers should have a straight forward policy on what is not accepted as office jokes.  They should not involve things that would be highly unwelcome, offensive, or harmful.  Here are some very serious situations to avoid especially at the workplace.

Words to the wise:

ENlawyers say “keep it clean and fun,” because you never know whether your co-worker will blow a gasket and try to get you fired or file a civil suit in court trying to take your hard-earned money.