Everything You Need to Know About Maryland Bail Appeals

Last week we had a discussion about the ominous Arrest Warrant and the way a person should conduct themselves if they find them self charged with a crime by way of warrant.  In that article we briefly touched on bails and the bail review process.

We’ve also written a more detailed article on Bail Reviews here.  But what happens when you don’t obtain a bail which is not “excessive” as prohibited by the 8th Amendment of the United States Constitution and Article 25 of the Maryland Declaration of Rights?

Say, for example, you find yourself charged with an assault stemming from a bar fight. You strenuously protest your innocence.  The evidence is thin at best since your accuser was highly intoxicated when he identified you as the attacker and there were dozens of other people in and around the bar. But perhaps you have a prior record and the police charge you, arrest you, and due to your record have a bail review before a District Court judge which ends with a $200,000 bail.

This may seem an unlikely scenario but is all too common.  It is mostly due to the way laws are written and bail reviews are conducted; the charges in the state’s case are assumed to be true (a.k.a. the judge will assume you did it) for the purposes of a bail review.  In almost every county in the State of Maryland, this is even before a prosecutor has had an opportunity to review the charges, talk to witnesses, and weigh their credibility.  So you’re guilty until innocent.  Don’t think it could happen to you?  It happens to our clients all the time, even for people without records. Literally the wrong place at the wrong time.  It truly emphasizes the huge importance of getting an aggressive and fast-acting lawyer to defend your rights! 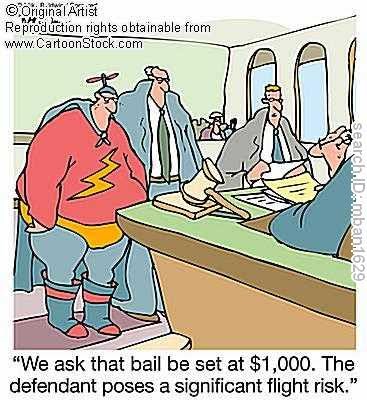 Well that’s terrible, so now what?

If you find yourself in such a predicament, you have a few choices:

It is a civil suit against the person who is detaining you, the warden of whatever facility you are held, like the Baltimore County Detention Center or CBIF or Harford County Detention Center.  There is a small filing fee and your case will be docketed a few days after your initial bail review.  Every county handles the process a bit differently, for example, Baltimore City can take upwards of three weeks to get an appeal heard, but Baltimore County is a few days.  Baltimore County will review the bail de novo, but the City, depending on the judge, will not overrule a lower court judge unless there is a lack of record at the lower court (which happens often).

Let’s just say that the process is a bunch of legal mumbo jumbo (144-page document of the laws governing bail), but often the bottom line is this:  a prosecutor always becomes involved on a bail appeal, and prosecutors hate bad cases (we know, we used to be them).  They will often listen to your side of the story and agree to a bail reduction to a reasonable bail so they will have the opportunity and time to investigate the charges and drop them if they are without merit.

This process should not be confused with a Federal Writ of Habeas Corpus. That is for individuals seeking a post-conviction challenge on a case.

The Bottom Line on Bail Appeals

Bail reviews are (practically speaking) as critical a stage of the trial process as the jury trial itself.  It is vitally important to have a skilled and competent voice if you find yourself in the terrifying position of being charged and held pending trial.  If you or a loved one has recently been arrested and is either seeking a bail review or a bail appeal, please contact your favorite ENlawyers immediately!