Baltimore Criminal Lawyer: Police must get a warrant to search a cell phone! 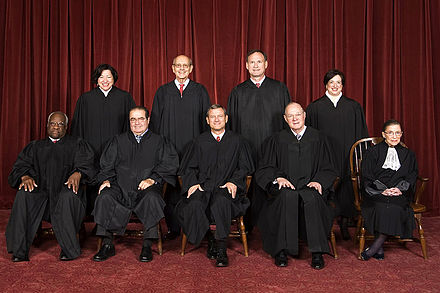 A few weeks ago, the Baltimore Sun reported on a story from Anne Arundel county that described how law enforcement is using cell phones as evidence. A search using a warrant was used to pinpoint the area where the alleged suspects were during the times of several robberies.

In June, the Supreme Court of the United States handed down its unanimous ruling on Riley v. California which ruled that a warrant is necessary for a law enforcement individual to search a person’s cell phone, even when the person is searched after being arrested.  This landmark decision will forever change law enforcement protocol and the way a citizen’s personal property is protected under the Fourth Amendment to the Constitution of the United States.  Prior to this decision being rendered, no Supreme Court ruling had been issued regarding the ever-expanding digital world and how to protect citizens’ rights in the technology age.

The Supreme Court heard oral arguments on two cases that created the opinion that was handed down: Riley v. California and United States v. Wurie.  Riley discusses a search of Riley’s cell phone after he was arrested after being viewed selling narcotics.  During the search of the cell phone, police found evidence linking Riley with crimes committed a few weeks prior and evidence of gang-related activity.  Riley was subsequently charged with these crimes.  Riley tried to suppress the evidence yet the court denied the motion.  On appeal, the motion was granted and the conviction was overturned.  This allowed the precedent that “The police generally may not, without a warrant, search digital information on a cell phone seized from an individual who has been arrested.” Pp. 5-28

Wurie is a case where a person was observed making a drug transaction from his vehicle.  He was arrested and during the arrest, police officers found a flip phone.  During the arrest, officers observed the phone receiving several calls from a number listed as “my house”.  Police then opened the phone and noticed the picture set as the background to the phone as a picture of a woman and a baby.  Officers then searched the number to a physical location and searched the premises which were Wurie’s apartment.  There they found narcotics and weapons and Wurie was charged with those items as well.

Cell phones today are capable of holding large quantities of information including phone records, text messages, emails, pictures, and videos.  90% of American adults have cell phones that hold vast amounts of personal information.  The fact that most people have their lives on their cell phones shows how important these devices are in everyday life and why they are something that needs to be protected.  The issue with cell phone searches is that prior to digital technology, a person might carry a piece of paper on their person that might include evidence of a crime, such as (in colonial times) documents of treason, money or other paper documents.  These papers could be seized and read.  Cell phones have the capability to hold millions of pages of paper, pictures, videos, and other information and contain enough information that if it were in paper form would not be able to be carried around easily.

The ability of cell phones to be remotely accessed presented a problem for law enforcement.  How can police officers prevent erasing the contents of a cell phone remotely?  Police officers have cited this as a possible exemption to obtaining a warrant to search a cell phone.  After the ruling, that is no longer a viable excuse.  Law enforcement individuals have several resources at their disposal to preserve the evidence on a cell phone such as a Farraday bag (an aluminum foil bag where electronic signals can neither be sent out or received), or by removing the automatic lock on a phone or taking the battery out of the phone or powering it off.  Allowing officers to remove the automatic lock raised an issue, but McArthur 531 U.S. 326 opines that a police officer can secure a scene to preserve evidence while waiting for a warrant.

Baltimore Criminal Lawyer? Does a warrant for my cell phone allow total access?

Digital technology has also been used by law enforcement to obtain warrants.  In certain jurisdictions, a warrant can be emailed to a judge’s iPad, electronically signed and returned to the police officer within 15 minutes.  Although, warrants must now be more specific in what the officer(s) want to search on the cell phone.  Because the amount of information kept on a cell phone could reach the equivalent of millions of pages of documents, the U.S. is proposing a rule that would restrict the scope of the search to those areas of the phone where an officer reasonably believes that information relevant to the crime, the arrestee’s identity, or officer safety may be discovered.  The Supreme Court also considered the implications of information stored on a Cloud.  They stated that the Cloud is also deserving of protection because although it may be accessed from a cell phone, it is a remote location that is separate from the cell phone.  The Justices made an analogy to a person being arrested and a key being found in their pocket.  The key does not automatically give the law enforcement individual the right to unlock the door to someone’s home and search the location.

Baltimore Criminal Lawyer: Are there any exceptions to the rule?

The Supreme Court’s ruling also describes two circumstances where a warrantless search can be performed due to the immediacy of the circumstances.  For example, the Supreme Court cites examples where a cell phone needs to be searched to prevent the detonation of an explosive device by a cell phone or in a circumstance where someone has been abducted and possible clues to the whereabouts of the person may be contained on the cell phone.  Obviously these examples are for mere explanation, but they do describe the nature of some exemptions to the new law.

The Supreme Court Justices concluded their opinion by saying: “Modern cell phones are not just another technological convenience. With all they contain and all they may reveal, they hold for many Americans “the privacies of life,” Boyd, supra, at 630. The fact that technology now allows an individual to carry such information in his hand does not make the information any less worthy of the protection for which the Founders fought. Our answer to the question of what police must do before searching a cell phone seized incident to an arrest is accordingly simple— get a warrant.”

If you feel that your Fourth Amendment rights have been infringed due to this new ruling, call a Baltimore Criminal Lawyer.  ENLawyers has experience with these issues and is here to help.  Call us for a free 1-hour consultation to discuss your case and see how we can help you.