As your friendly, neighborhood Baltimore Marijuana lawyer, a Maryland lawyer, and all around good guy; I felt it was important to keep you up to date on the ever-changing Maryland Marijuana laws.  As of October 1, 2012 Marijuana in Maryland will not be legal, but it will carry less jail time and will give a would-be Cheech imitator a bit less to worry about while toking the cheeba.  Here’s how it breaks down:

No, Medical Marijuana did not pass in Maryland, but it is now a complete defense

Maryland Marijuana Laws: After October 1, 2012 (when the legislation goes into effect)

Maryland Marijuana laws: what does it mean

Well, not if you don’t have a right to a jury trial.  Any good Baltimore Marijuana lawyer knows that having a case put to a jury is a foundation of our jurisprudence.  HOWEVER, one of the tiny exceptions in the law is excellent.  It essentially says that if you are found guilty at a District Court trial and the judge gives you anything more than guilty and a fine (think jail and/or probation), you have an automatic right to a de novo appeal without an appeal bond and your sentence is stayed (another bite at the apple) and your Baltimore Marijuana lawyer is in business to fight for you another day.  Once you get into Circuit Court, you would then have a right to a jury trial, by statute. 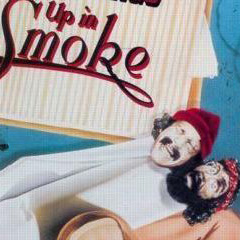 Maryland Marijuana laws: up in smoke

Most judges will be sentencing people who possess less than 10 grams to guilty and a fine to avoid appeals.  It will reduce the number of jury trials and reduce the backlog of cases in both the District and Circuit Court.  People will be much less likely to serve time for Marijuana, however, it will still be a conviction on your criminal record and would count for subsequent offender sentencing purposes and/or if you are seeking a PBJ for a different drug.  In any event, avoiding a conviction is a good idea.  Finally, this change in the law does not include the Distribution of Marijuana violations.  Bottom line, if you find yourself charged with violating Maryland Marijuana laws, be sure to call your favorite ENlawyer & Baltimore Marijuana lawyer.