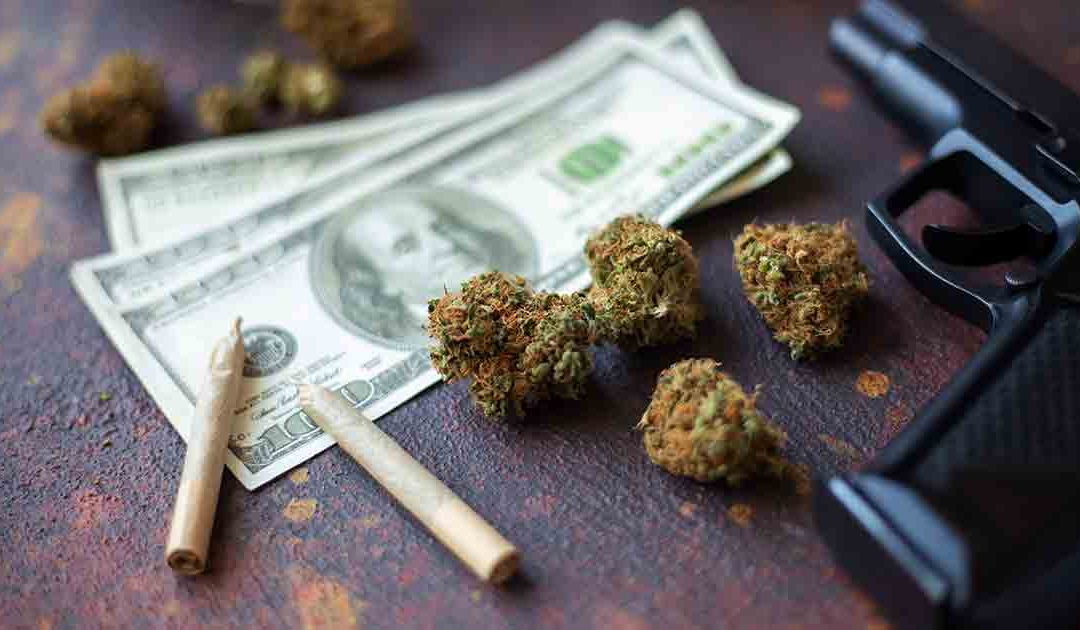 The Facts of The Rasherd Lewis Case

Officer Burch received a tip about a potentially armed person in the 400 block of West Saratoga Street. The tipster was not a confidential informant. However, it was someone whom Burch described as having provided reliable information to him for “a little less than a month” before this incident.

Burch conveyed the tip and a description of the individual to CitiWatch. CitiWatch Operator reported back that a person matching the description given by Burch (Petitioner) was observed on a surveillance camera. He was entering the Bag Mart located at 401 W Saratoga Street.

Burch was familiar with this store as it was in a “high crime area” and known to him as an “open-air drug market”. Where marijuana is often distributed inside and in front of the store.

Burch and 5 other officers responded to the Bag Mart. Burch saw the small store was fairly crowded and smelled of the odor of marijuana. Burch spotted Petitioner’s head toward the exit. Petitioner had a red bag strapped across his chest.

As the petitioner passed right in front of Burch, Burch smelled “the odor of marijuana emitting from the Petitioner’s person.”

Burch testified that he reached out and “stopped” Petitioner based on the “odor of marijuana and the information he received to further investigate.”

Once handcuffed, Burch undertook a full search of Petitioner. He searched his red bag and found a handgun, then searched his pockets and waistband at which point Petitioner advised he was carrying a small amount of marijuana.

Rasherd Lewis (petitioner) was convicted in the Circuit Court for Baltimore City of wearing, carrying, or transporting a handgun. Upon the court’s finding him guilty of that charged based on an agreed statement of facts.

That proceeding followed a hearing on Petitioner’s motion to suppress a handgun, marijuana, cash, and plastic baggies. Items the police seized during a search of him at a store in Baltimore City.

The court determined that the tip that caused Burch and his 5 officers to respond to Bag Mart lacked sufficient reliability to justify the initial stop of the Petitioner. Court quoted Florida v. J.L., 529 U.S. 266, 272 (2000) states that reasonable suspicion:

Requires that a tip be reliable in its assertion of illegality, not just in its tendency to identify a determinate person.

The court granted Petitioner’s motion to suppress evidence of the tip.

The suppression court ruled that the odor of marijuana gave police probable cause to arrest Petitioner, and incident to such arrest, conduct a full search of his person. The court here relied on Robinson v. State, 451 Md 94 (2017). Wich involved the automobile exception – not search incident to arrest exception.

Court denied the defense’s motion to suppress the handgun found during the search of the Petitioner.

The Circuit Court found Petitioner guilty of the handgun charge and sentenced him to 3 years’ incarceration with all but 90 days suspended and 3 years supervised probation.
Petitioner appealed to the Court of Special Appeals which affirmed the decision of the circuit court.

Whether the Court of Special Appeals erred in concluding that the odor of marijuana on a person, without more, constitutes probable cause to arrest.

The Fourth Amendment’s protection against unreasonable searches and seizures prohibits law enforcement officers from arresting and searching a person without a warrant based solely upon the odor of marijuana on or about that person.

The Court holds that the odor of marijuana, without more, does not provide law enforcement officers with the requisite probable cause to arrest and perform a warrantless search of that person incident to the arrest

A majority of the Court of Special Appeals’ 3 judge panel agreed with the circuit court’s ruling at the suppression hearing. That Robinson stands for the proposition that, because marijuana remains contraband, the odor of marijuana provides law enforcement officers with probable cause to arrest a person. Therefore a search incident thereto is reasonable.

The dissenting opinion explained that:

“Robinson fairly applies the general principle that probable cause can arise from indicia of a crime or contraband and holds that the odor of marijuana coming out of a car indicates that contraband or criminal activity are present in the car.”

Because there are plausible innocuous explanations for why someone may smell of marijuana that does not involve a vehicle, the dissent asserted that Robinson cannot be read as:

“standing for the proposition that an odor of marijuana emanating from a person indicates that contraband is present or that a crime has been committed.”

The Court here agrees with Petitioner that Robinson does not control the outcome of this case. Instead, it is Pacheco that dictates the outcome here. The Court holds that more than the odor of marijuana is required for probable cause to arrest a person and conduct a search incident thereto. The odor of marijuana alone is not indicative of the quantity of marijuana in someone’s possession. A fact to which Burch testified. There is a heightened expectation of privacy enjoyed in one’s person.

Arresting and searching a person, without a warrant and based exclusively on the odor of marijuana on that person’s body or breath, is unreasonable. It also does violence to the fundamental privacy expectation in one’s body. The same concerns do not attend the search of a vehicle.

The Court, therefore, further holds that Petitioner was entitled to suppression of the handgun and other items seized during the search. Because Burch, at the time he undertook the search of Petitioner that produced the seized items, did not have probable cause to believe that Petitioner had committed a felony or was committing a felony or misdemeanor.