ENLawyer Kurt Nachtman had a case recently involving some “law school” defenses that rarely seen in real life.  While that case highlighted involuntary intoxication, we wanted to expand on that story and provide some other rarely-seen or EXTREME defenses.  A few weeks ago we discussed Involuntary Intoxication.  This week we’d like to highlight Duress

When people claim duress as a defense, they are asserting that they committed the crime for which they are accused under the force, or by the threat of another. This defense can only be used, in most cases, if the accused was threatened in a way that transcended the offense they committed. The threats made against the accused must also have been immediate and physically harmful or deadly in nature. 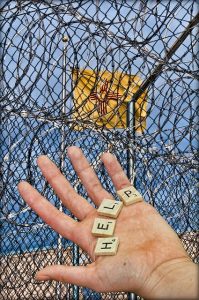 Duress – when you FEEL like you have no choice.

Imagine the end of Point Break, when our hero Johnny Utah (played by Keanu Reeves), commits a bank robbery at the behest of criminal mastermind and extreme surfer Bodhi.  Bodhi discovers Utah’s true identity as an FBI agent and kidnaps Utah’s girlfriend and threatens to harm her if Utah does not help with the bank robbery.  This is a classic tale of duress is when, as a defendant, you have been threatened by someone in order to do something criminal.  Here is a real-life example out of northern Ireland where a young man was apparently threatened into manufacturing bombs for an IRA terrorist.  His family was apparently threatened by an IRA member to gain the defendant’s assistance in manufacturing a bomb or bomb-making supplies.  (help me or I will hurt your family).  The story goes on to say that the Defendant argued that he twice tried to disable bombs that he helped build in an attempt to thwart the process.

So what happens with Duress?

Occasionally the prosecution will recognize Duress as a complete defense, but those circumstances are rare.  Often, these are defenses that are used at trial, where both sides offer competing versions of the truth through witnesses, physical evidence, and experts.  A lawyer would need to demonstrate the following for factors to prevail at trial in Maryland:

Duress doesn’t happen all the time but it does happen.  It always pays to have a good lawyer who not only knows your rights but aggressively pursues evidence to help exonerate you.  If you find yourself charged with a crime (with an interesting extreme defense or otherwise), call ENLawyers for help.