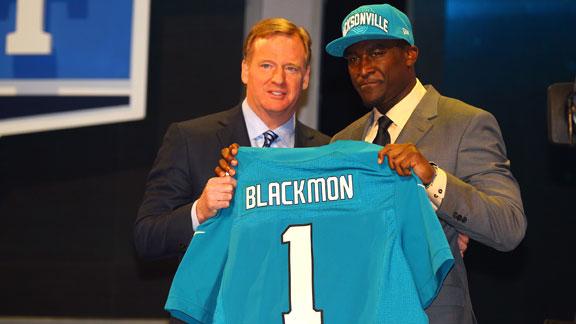 Even this WR isn't fast enough to outrun a DUI

This Maryland Lawyer knows that by now every NFL football fan has heard that Justin Blackmonwas arrested this weekend for suspicion of DUI. Blackmon, the 5th overall NFL draft selection by the Jacksonville Jaguars, is one of the most talented wide receivers to enter the NFL in the past couple of years. This Maryland Lawyer wants to talk about how this DUI happened, and how this DUI affects you and your Maryland DUI.

Justin Blackmon: So what happened?

According to Stillwater police spokesman Capt. Randy Dickerson, Justin Blackmon was stopped by police for a traffic violation, and later blew a 0.24 on his breathalyzer test. This DUI is three times the legal limit in the state of Oklahoma. Blackmon was driving a white Chevy Tahoe and was the only person in the truck. Police didn’t need long to determine that Blackmon was drunk. “He was unsteady on his feet, his speech was slurred, and his eyes were glassy and bloodshot,” Dickerson said. Furthermore, this is Blackmon’s second DUI offense in as many years.

Justin Blackmon called the coin flip and landed on jail

If Justin Blackmon were charged in Maryland, look at the POTENTIAL Maryland DUI consequences here: (1) up to 2 years jail time, (2)  180 day suspended license (blew 0.24, 2nd DUI), (3) NFL suspension, (4) less money guaranteed through his first NFL contract and (5) unwanted media attention. All of this could have been avoided by getting a taxi. Why do famous people, who have the ability to easily avoid DUI, still get into a car and risk a DUI? The answer is, the exact same reason everyone else does…because they’re intoxicated. Most NFL teams now meet with rookies and explain the perils of criminal cases, both work-wise and life-wise. Perhaps Justin Blackmon should have signed quicker, so he could have benefited from that advice.

Maryland DUI: How does this affect me?

All of the consequences above can happen to you, except for the NFL ones, but your job can easily be a substitute. Any Maryland DUI arrestee needs a Maryland Lawyer to help navigate the court and the MVA, figure out how to best minimize the collateral damage to your insurance, job, and life. While your DUI may not be blasted all over the television, radio, and internet websites, it sure is life-altering. If you are arrested for Maryland DUI, you need a Maryland Lawyer who can help you in court, and help make sure that you do not sacrifice everything you have worked so hard to obtain. Contact your favorite ENLawyer NOW!