Maryland Attorney’s view of Injustice and how it was fixed

There are a large number of injustices in the world.  Most people go through their lives either not knowing about them or thinking that it couldn’t happen to them.  As a Maryland Attorney, my business partner and I routinely see small injustices like a violation of someone’s 4th amendment rights, a violation of someone’s right to an attorney, violation of Miranda, or some technical legal defect.  Our job, as attorneys, is to make the government accountable for those violations force the law to prevail. 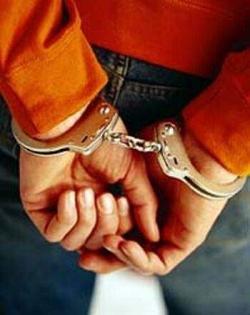 This could be you, if the Maryland Courts hadn't changed

Few things were as unjust, however, as the commissioner complaint system in Baltimore City.  In Baltimore, unlike most other jurisdictions, a citizen can fill out a piece of paper, make a series of accusations, and file criminal charges against another citizen.  Sometimes these complaints even result in the issuance of serious felony charges along with arrest warrants and significant bails for those accused.  This all occurs without anything more than a person’s word.  No independent evidence is needed.  It could happen to anyone.

Imagine a scenario where you have a disgruntled co-worker.  That person takes it upon him or herself to make an accusation of assault or worse and doesn’t call the police but goes to the District Court Commissioner.

The Commissioner (not a judge and not necessarily even a trained attorney) issues charges against you, you might be arrested, be suspended from your job, suffer embarrassment, and have to pay for a Maryland Attorney to defend your rights.  Cases under this old system would not be heard for 45-90 days and you may have to suffer under pretrial detention based upon no more evidence than a person’s word.

As a prosecutor I used to occasionally see such occurrences.  They were infrequent and tragic when they occurred, but it was the system we had.

FORTUNATELY THE SYSTEM HAS CHANGED

Last week I had a client, let’s call her Nancy.  Nancy works at a prominent employer in Baltimore City and had a subordinate who was fired for a number of reasons (all with good cause).  The day the subordinate was fired; this person didn’t call police but went to the District Court Commissioner and swore under oath that Nancy had assaulted her.

Now Nancy, without any showing of proof, received a summons (not an arrest warrant), in the mail at her workplace directing her to appear for trial and was charged with assault.

Assault in Maryland carries 10 years and/or a $2500 fine.  That is a terrifying prospect and stiff penalty for a person who has no prior criminal history and is otherwise an honest citizen.

Nancy contacts our office for representation.  Fortunately for Nancy, being former prosecutors, we are familiar with the Maryland Courts system and know that the system has changed.

Now, after years being Maryland Attorneys and begging for changes in the system, we have it. The Office of State’s Attorney for Baltimore City has forced the complaining “victim” to report to the State’s Attorney’s Office and present actual evidence within 72 hours of filing those charges. The charges are still technically filed but are quickly dismissed if the victim fails to present sufficient evidence.  With a few quick phone calls, this Maryland Attorney was able to determine that the victim did not present sufficient evidence and the case was Nolle Prosequi’d (Dismissed) against our client the next day.

Not only did Nancy not have to appear in court, but we did not charge her any fees because it took a few simple phone calls.  Nancy was still upset that she had to take time out of her busy schedule to even contact a Maryland Attorney and that she had to go through the terrifying ordeal of potentially facing jail time.  However, kudos to the State’s Attorney’s office for finally recognizing that the commissioner system regularly produced unjust results and for taking steps to change that system. Hopefully, more changes will come and the system will be changed so that the charges will not be filed until after the State’s Attorney has reviewed them for sufficient evidence.  The wheels of justice grind slowly!

If you do find yourself charged with a violation of Maryland DUI laws, Maryland Criminal laws, or any commissioner complaint, contact your Maryland Attorney.